The peaceful College Valley is an unspoilt place, less frequented by visitors than some further south. They are missing out as it is truly one of the gems of Northumberland National Park.

The valley is one of the five main valleys that intrude into the northern Cheviots and is a short drive from Homildon – or you can walk there across country.

Within the valley, the casual visitor may drive as far as Hethpool down the single track road. There are a number of lovely walks that can be done from the carpark at Hethpool such as this circular walk to Elsdonburn and Great Hetha.

The road beyond here is owned by the College Valley Estate and restricted. It is closed to cars, except for those using the estate facilities (such as the remote Cuddystone Hall, which is even available for weddings), or those with a day-permit to drive on the estate’s private roads.

Unless you are willing and able to undertake a much longer walk, a day pass is well worth the small £10 charge, as it enables you to drive as far as Mounthooley Hostel and more easily visit the quiet and extremely beautiful far end of the valley.

The College Valley is the site of a memorial to airmen whose lives were lost in the Cheviot Hills during World War II. The memorial stands outside Cuddystone Hall and was commissioned by RAF Boulmer in 1995. The road forks here, offering a choice of heading onwards to Mounthooley or towards Goldscleugh.

Further down the valley you will pass Fleehope farm (homemade jams or curds and fresh eggs are sometimes to be found in the honesty box by the gate) and onward to Mounthooley YHA.

From Mounthooley, one option is to walk up the valley until you reach Red Cribs, the steep sided end to the valley. A path leads up the right hand side of the gulley and eventually emerges on the Pennine Way, on the Border Ridge (around 45 minutes’ walk from Mounthooley). To your left is the Hen Hole, a ragged gouge in the lower slopes of the Cheviot which is said to be so deep no sun reaches its interior even in the height of summer:

“On the north-west side of Cheviot there is a deep chasm called the Hen Hole, in which there is frequently to be seen a snow egg at midsummer. There is a tradition, that a party of hunters, when chasing a roe upon cheviot, were wiled by the fairies into the Hen Hole, and could never again find their way out.” – Rambles in Northumberland, and On the Scottish Border by William Andrew Chatto (1835)

Just along the Way to your left is the Auchope Rigg mountain refuge hut, with the fence behind allowing a splendid view south into Scotland. 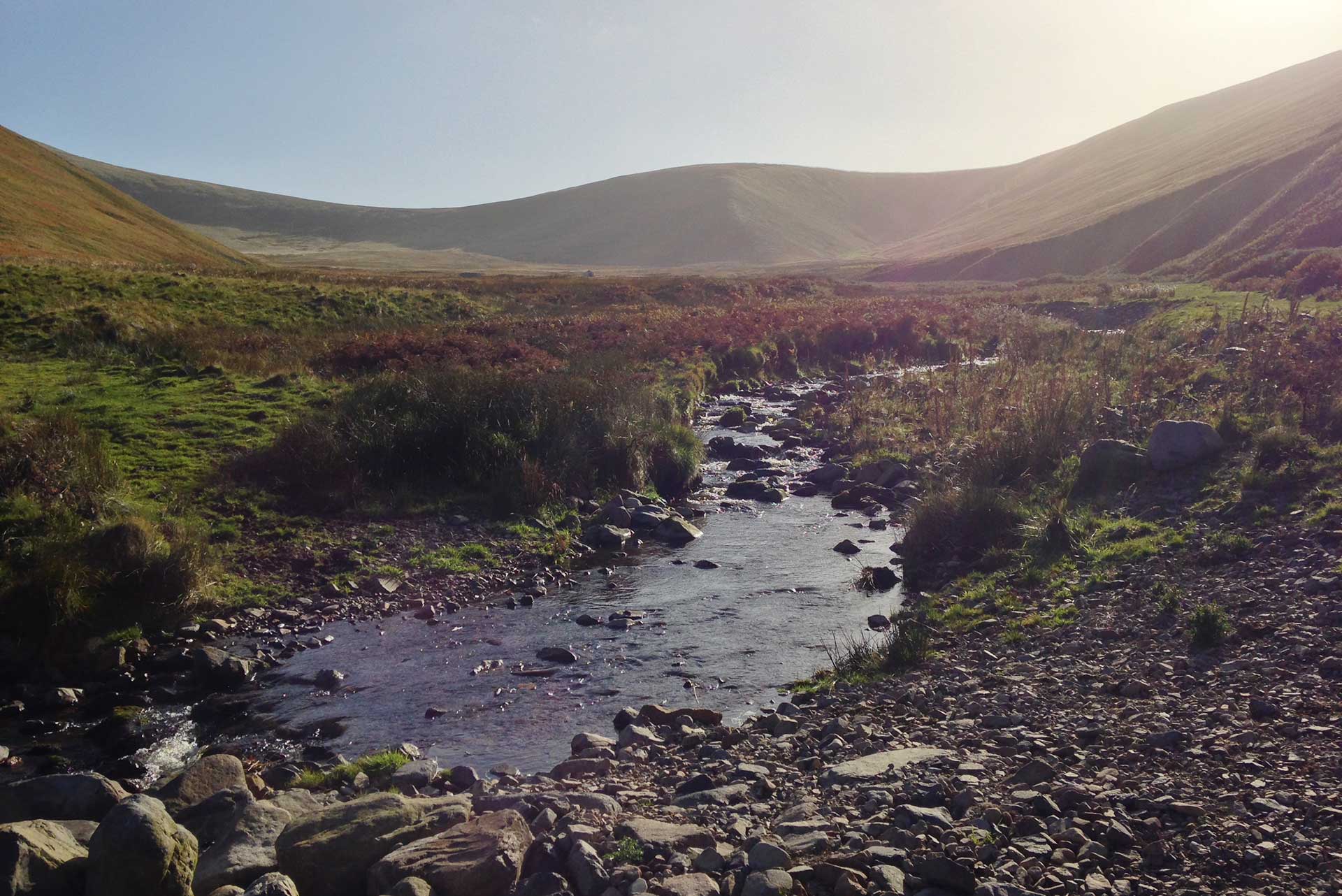 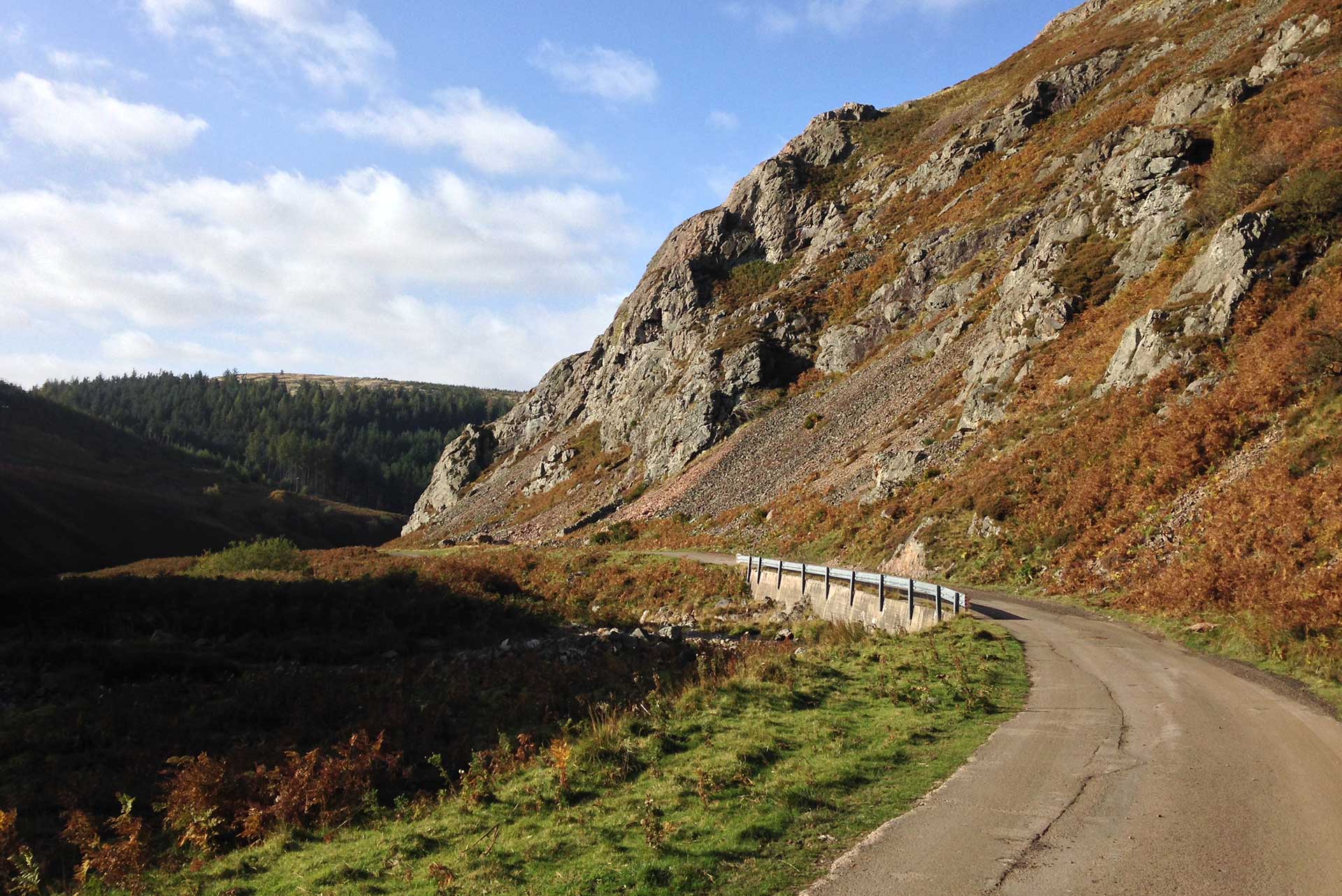 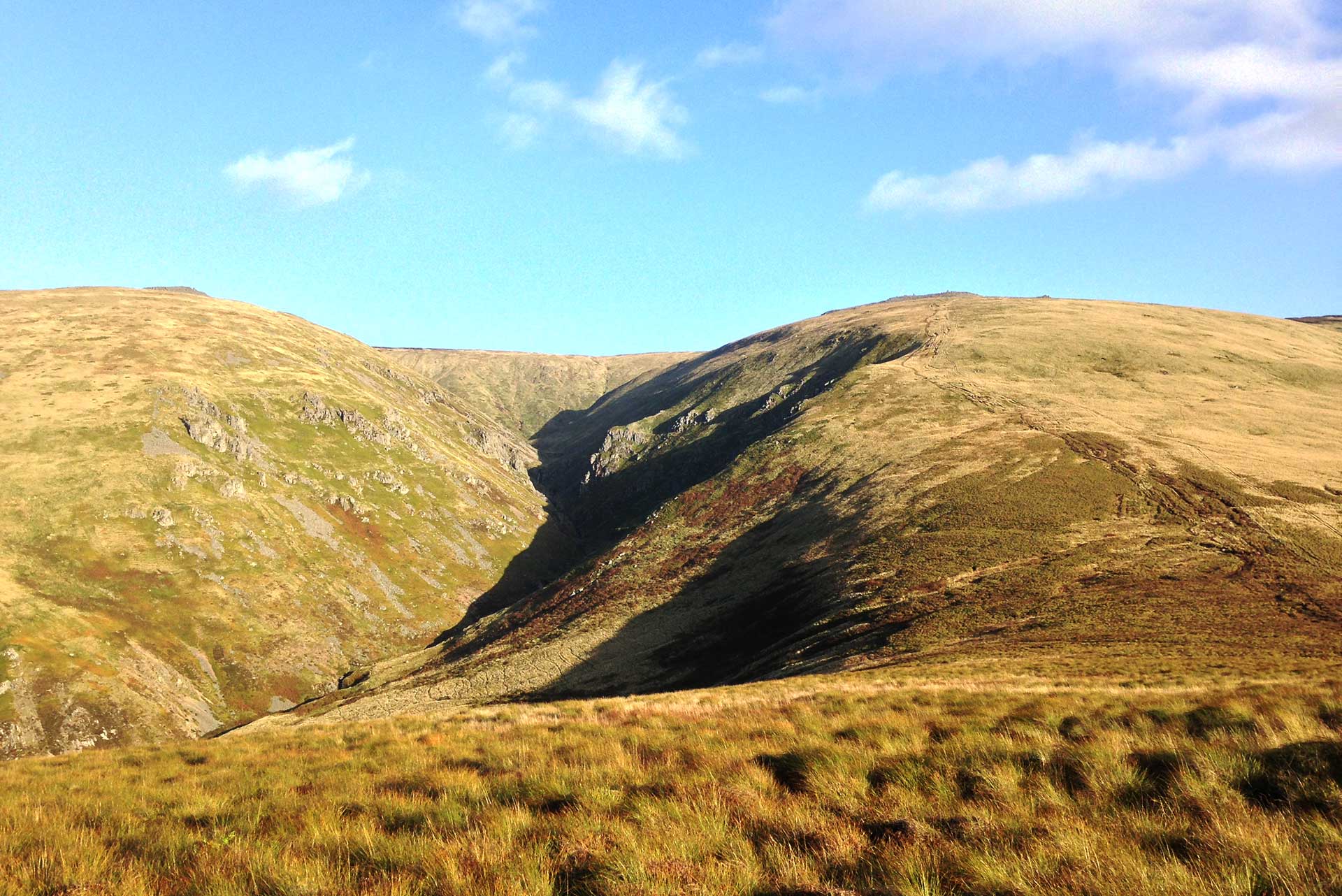 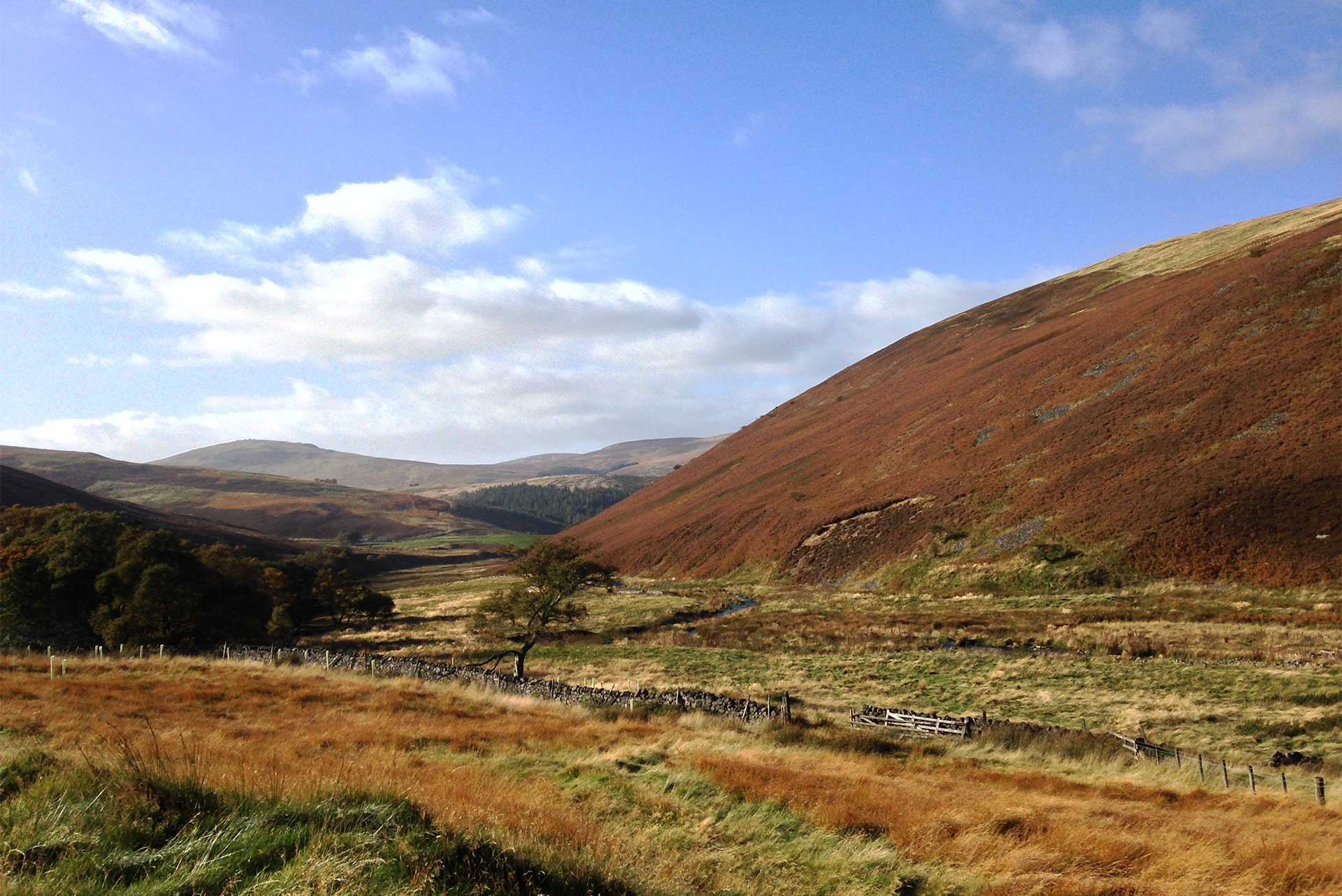 Driving north from Wooler along the A697 you soon reach the row of flags at the corner to the B6351 turning toward Kirk Yetholm. Turn left here and continue through the hamlets of Yeavering and Kirknewton until you reach the signpost to Hethpool and YHA on your left. The car park is just beyond Hethpool House [map].

Day car permits for the College Valley are available for £10 from the estate agent, now Savills, on Glendale Road (the road with the chemist on the corner) in Wooler – 01668 281 611, Mon – Fri: 9.00am – 5.00pm. These permits allow you to drive beyond Hethpool, and as far as Mounthooley.

There are several ways to walk to College Valley from Homildon Cottage. The simplest is to turn right out of drive, walking straight uphill for five minutes to pick up St Cutherbert’s Way. Follow this, passing between Newton Tors and Yeavering Bell, to Hethpool. The distance is around five kilometres and the difficulty moderate. Alternatively divert via Commonburn House to head between Cold Law and Hare Law to emerge a little way south of Cuddystone Hall and the war memorial. There is a stunning view of the side of the Cheviot along the way, not least when the heather is in bloom.