Homildon Cottage has the best of both worlds: the cottage borders the National Park yet is only a 15-20 minute walk from the shops, pubs and facilities of Wooler. 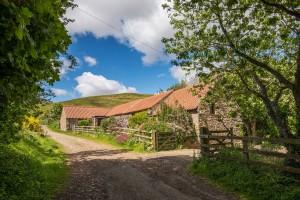 Only passed by the occasional walker…

Homildon is situated in a quiet rural location just beyond the hamlet of High Humbleton. Its secluded spot down a quiet lane lends the cottage and its garden a real sense of peace and seclusion. Walkers won’t be disappointed either: a bridleway leads from the door into the National Park and the famous St Cuthbert’s Way.

The National Park starts at our fence, and is just a few steps from the front door. The least densely populated in the UK, with 2 people per square kilometre, it is a haven of peace and tranquility. There is a wide variety of walks to enjoy, and it is not unknown not to see another soul for hours on end. 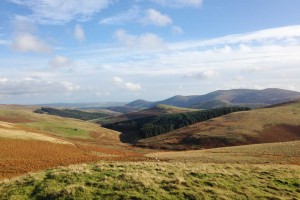 Our “backyard”: the Northumberland National Park

A wonderful wilderness to explore, the Northumberland National Park has a rich array of wildlife from the emblematic curlew or skylarks to red squirrels, deer and even wild goats. Stop a while and enjoy the clean air – or enjoy a hike into the Cheviots .

The rugged beauty of the Cheviot Hills and renowned River Tweed form a picturesque border between England and Scotland as well as offering wide-open spaces to tour. In 2013, the National Park was awarded gold tier designation by the International Dark Sky Association – making it officially the best place in England for stargazers to enjoy the heavens. 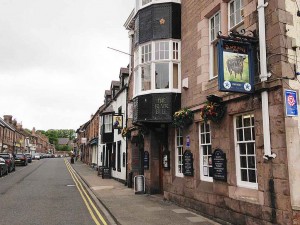 The market town of Wooler (population 1,983) is just over a mile to the east, well within walking distance or a short drive.

Wooler offers all the local amenities one would expect from a market town including a late-opening Co-Op supermarket, banks, deli, Post Office, pharmacy, butchers, bakers, restaurants and several excellent local public houses (find out more about Wooler’s shops and restaurants).

Wooler hosts the Cheviot Centre and many popular events through the year such as the Glendale Show and the Wooler Wheel. Early visitors included Daniel Defoe, Sir Walter Scott and local heroine Grace Darling. The magnificent backdrop of Humbleton Hill is mentioned in the opening scenes of Shakespeare’s Henry IV.

Doddington Dairy just a few minutes from Wooler produces excellent (award-winning) cheese and ice creams. Many other local foodie delights – such as Hadrian and Border ales, Northern Edge coffee from Berwick, Proof of the Pudding desserts made in Alnwick, and Northumberland Tea – are available from local shops.

Read our round-up of local produce for some inspiration on where to get your tastebuds started!

If you fancy a change from rambling the hills or relaxing with a book, there is lots to see and do within a day trip or less from the cottage. You will find stately homes and castles, outdoor sports and fishing, renowned second hand bookshops and antiques centres, wildlife parks and activities for kids.

There are many local sites of ancient hill forts. Humbleton Hill contains the remains of an Iron Age hill fort at the summit, and was the site of the Battle of Homildon Hill between Scotland and England in 1402. The memorial and site of the decisive Battle of Flodden Field is also nearby. 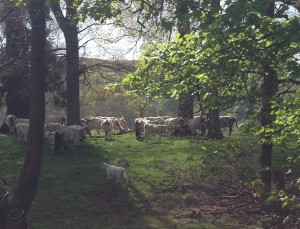 The nearby Ford & Etal Estate offers 20 activities, including a light steam railway, nature reserve, riding centre and English Heritage castle. The standing stones at Duddo are North Northumberland’s equivalent of Stonehenge and are at least 4,500 years old.

The 12th century stronghold of Chillingham Castle is less than 20 minutes drive away, and features lavish state rooms, torture chambers and formal Italian garden. A separate attraction allows visitors to approach the only wild cattle in the world, sole survivors of herds that once roamed the forests of Britain.

Why not investigate by bike: cycle hire is available just outside Wooler (or bring your own!), and you can store the bikes overnight in our secure stable and games room.

If sport is more your thing, there is a good selection locally. Wooler golf club offers a 9 hole 18 tee, par 72 course on Dod Law with spectacular scenery taking in Berwick to the North, the sea and Lindisfarne to the East and looking out to the Cheviot Hills over the Glendale Valley and beyond the Borders into Scotland. Fishing can be found 15 minutes drive away at Chatton Trout Fishery, hosts of the 2014 International Bank Fly Fishing Championship, while day tickets for Wooler Tennis Club can be purchased at The Tourist Information Centre. Kimmerston Riding Centre offers a variety of horse riding. From a half hour Lead Rein for the young or novice rider to moor rides with breathtaking views on the Cheviot Hills. All skill levels and group sizes catered for, with experienced instructors for instructional rides if requested.

Further afield, Twizel Bridge is single span bridge, dating from about 1500, which the English army crossed en route to Flodden. The bridge can be walked over before a tranquil stroll by the river Till, a tributary of the Tweed. 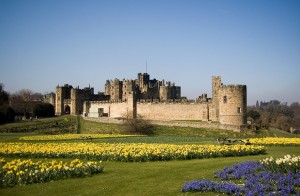 The Northumberland coast is about half an hour’s drive and features further attractions. Visit Lindisfarne or Bamburgh castle – or see seals and puffins on a boat trip to the Farne Islands sea bird sanctuary. 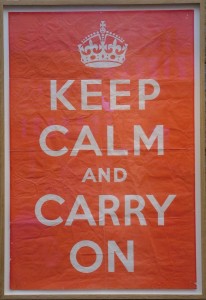 Original copy of the Keep Calm And Carry On poster, in Barter Books, Alnwick (pic via Wikimedia Commons)

Alnwick Castle and its sumptuous state rooms are open to visitors all year round. Built following the Norman conquest and still home to the Duke of Northumberland, it produced the country’s most legendary medieval knight, Harry Hotspur. The extensive Gardens are noted for their water features. The castle was used as an exterior and interior backdrop of Hogwarts in the Harry Potter films, and “Broomstick Training” is usually available!

Also in Alnwick is Barter Books, a secondhand bookstore in a grand old station building with open fires, armchairs and model trains. It is the “home” of the Keep Calm and Carry on posters. A rare original of the World War Two poster was discovered in a box of old books bought at auction and displayed in the shop – prompting a cultural phenomenon that would sweep the world.