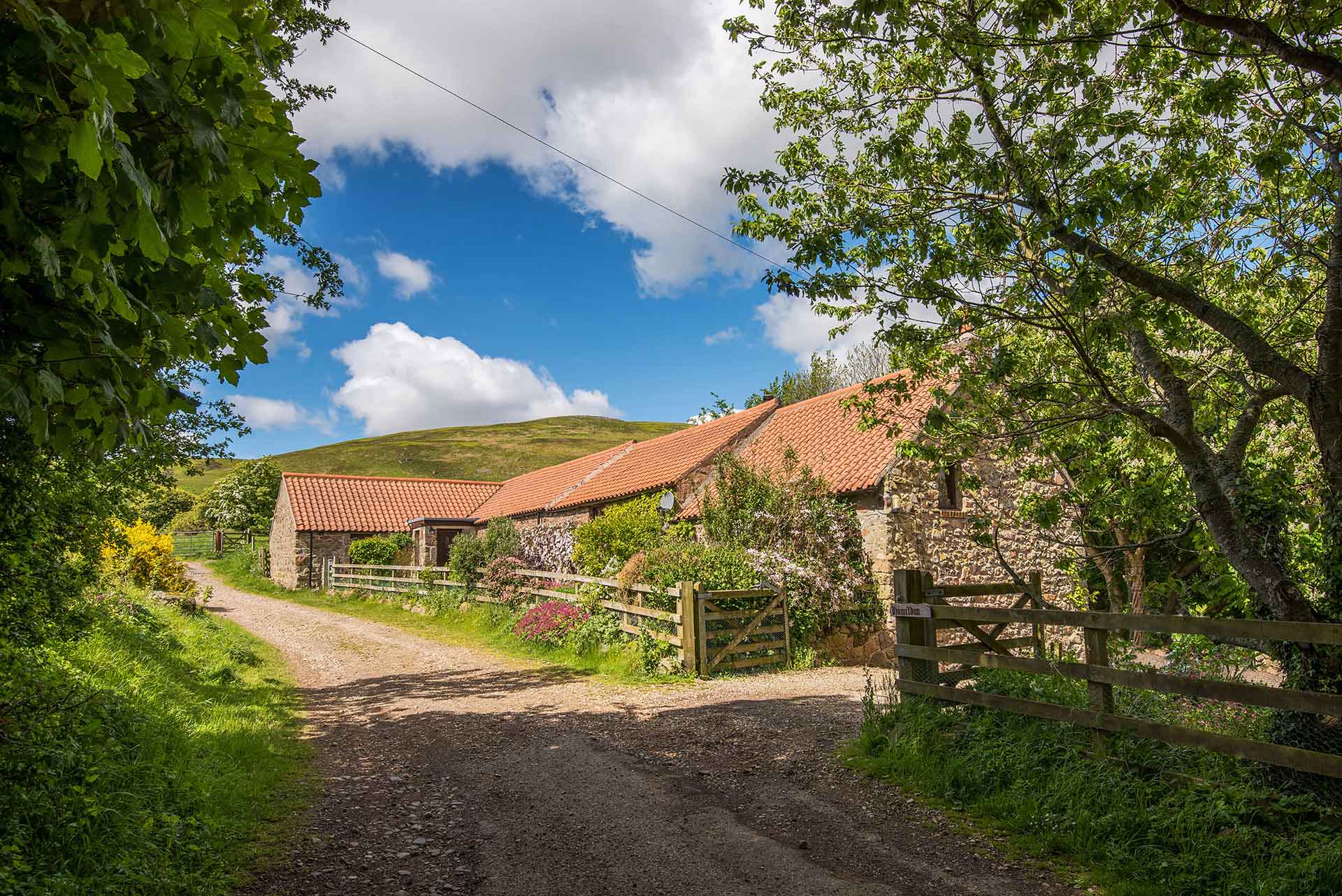 With a history stretching back over 200 years, Homildon Cottage has a lot of stories to tell.

A traditional cottage on the very border of Northumberland National Park, Homildon Cottage is available for self-catering breaks. Sleeping up to eight, it offers seclusion and tranquility – while being within walking distance of Wooler.

The cottage provides a blend of the old and the new from a cosy, well-equipped kitchen with AGA to a large sitting room with vaulted ceiling and vintage wood burning stove. The house lies out of sight at the end of a short dead-end track from High Humbleton with the garden nestling under Humbleton Hill.

What is now Homildon Cottage was originally three cottages lived in by farm labourers. Built in the early 1800s, at one point these were home to more than 20 people. These three cottages were supplemented by a barn, which now houses the master bedroom. A separate stable outbuilding is now our games’ room. These buildings formed part of the village of Humbleton which was recorded with a population of some 125 in the census of 1811. Humbleton has been occupied since the Bronze Age and once had a chapel and schoolhouse. At one point, it is said to have been a more prominent local settlement than near-by Wooler. However the village began to decline in the years around the First World War to become the smaller, peaceful hamlet seen today.

With the waning of Humbleton, the Homildon cottages themselves fell into disrepair during the second half of the twentieth century. It was uninhabited for many years, before being restored and converted into a single dwelling in the late 1980s. Since then it has provided several sets of inhabitants some sanctuary from the hustle and bustle of modern life. The current owners bought the house early in 2015, carrying out a thorough renovation and enhancement. They now use it as their own family retreat as well as sharing the cottage as a self-catering holiday let.

The cottage is named after the historic name of the neighbouring hill, Homildon Hill. Although this is now known as Humbleton Hill, it was known as Homildon at time of the famous victory of the English over the Scots: the Battle of Homildon Hill. It is this which forms the grist to the opening scenes of Shakespeare’s King Henry IV. At various times, the hill has also been known as Hameldun, Holmedon or Homilheugh. Whatever its name, it has always formed an imposing neighbour to the cottage. Look carefully and a stone hut circle with cultivated terraces can be identified on the hill.