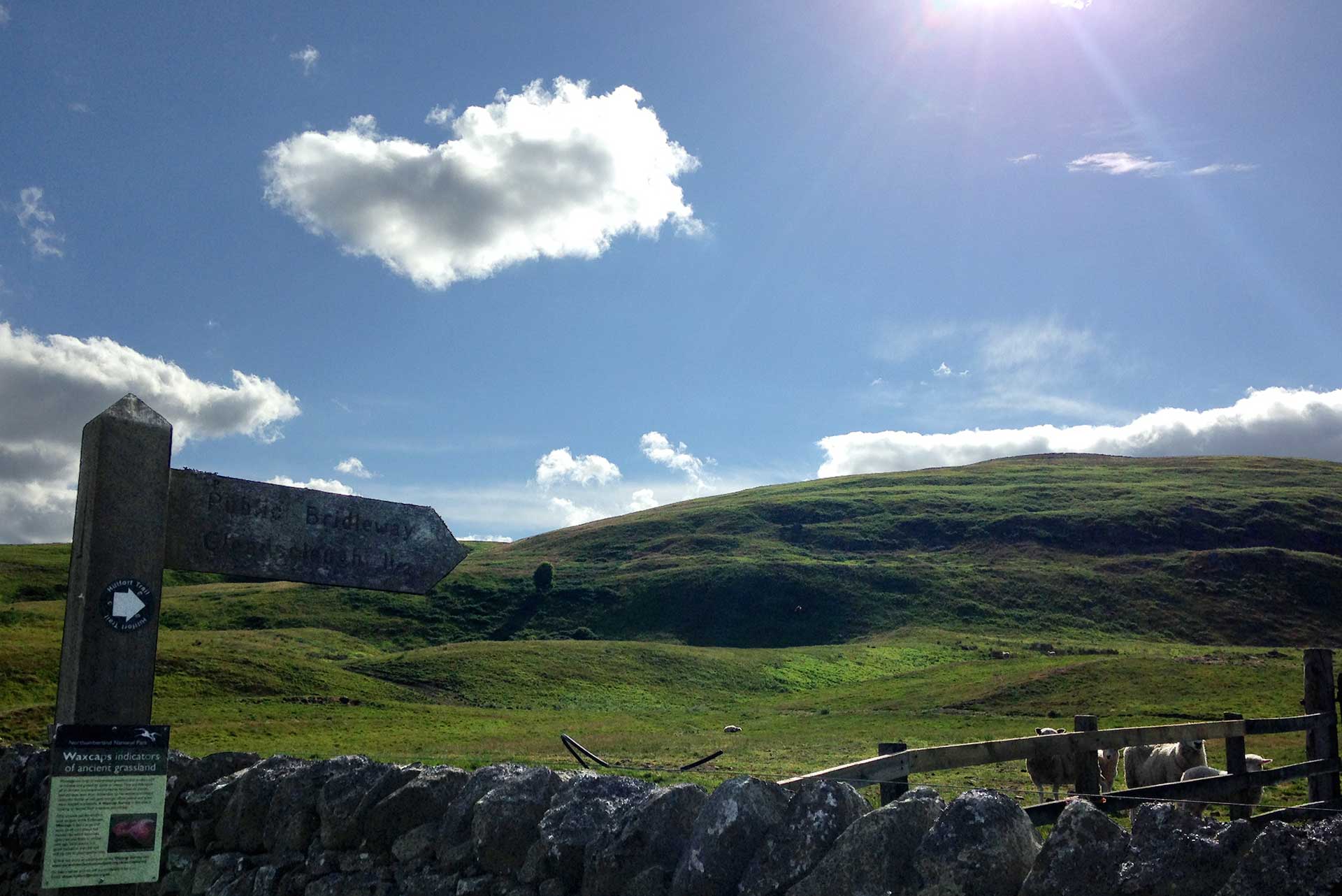 At Homildon Cottage, we are fortunate enough to have the Northumberland National Park right on our doorstep: our garden fence is the boundary of the Park! In our opinion, this is one of England’s greatest landscape treasures with a breathtaking majesty.

Northumberland National Park is one of the 15 National Parks across the UK, protected countryside set aside for anyone to visit, but where people also live, work and shape the landscape. It has existed since 1956 and covers over 1000 square kilometres. The least populated national park in the UK, it is also one of the least visited. It is a haven of peace, quiet and open countryside where it is possible to walk for hours without encountering another person – truly one of England’s last remaining great wildernesses.

Some of our favourite views

The park occupies almost a quarter of the entire county, which The Telegraph describes as “England’s border country, where the reivers – cattle rustlers – once held sway, still feels untamed and under-explored. It boasts the least light-polluted spot in England (Kielder Water), a string of castles, the high heathered roof of the Cheviot Hills, and the Priory at Lindisfarne, Britain’s most distinctive coastal feature.”

At the northern end of the National Park are the Cheviot Hills running to and across the Scottish border. These were formed by extensive volcanic activity some 400 million years ago. The northern Cheviots contain several well known summits including Hedgehope Hill, Windy Gyle and The Schil. This area is pierced by five main valleys: Heatherhope, Bowmont, Breamish, Harthope and College Valleys.

The Cheviot itself is the highest of the surrounding hills, being 815m and a Marilyn. It features as a short out-and-back detour on the last leg of Pennine Way. The summit lies 10.25 km (6.37 mi) from Homildon Cottage as the crow flies, and it is possible to tackle it in a day-walk from the house. Some may prefer to drive as far as Langleeford which is about 5km from the summit. The Cheviot can be boggy and, as with any mountain, should only be tackled if sure of good weather and with the correct equipment and clothing.

Further south, the hills give way to areas of rolling moorland and the Kielder Forest (England’s largest being 250 square miles) before ultimately reaching the historic Hadrian’s Wall. Built in the second century, this defensive wall at the then northern extreme of the Roman Empire ran over 100km sea to sea from the River Tyne to the Solway Firth.

Walking in the Northumberland National Park 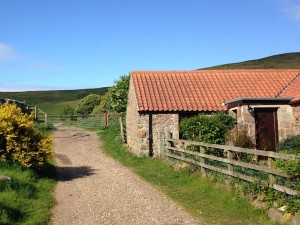 Northumberland National Park borders Homildon Cottage: our front door is by the gate to the Park!

The best (and often only) way to see the most impressive scenery is on foot. More than 900 kilometres (600 miles) of way-marked footpaths and bridleways offer a choice ranging from leisurely strolls and picturesque village rambles through to more challenging hill and moorland treks. You can plan your route online at OS Maps. If you prefer a paper map, the best choice for the Cheviots and other walks near Homildon Cottage is the The Cheviot Hills, Jedburgh & Wooler (OS Explorer OL16)

. Two wheels can also carry you to the isolation of the hills and moors: no fewer than seven routes radiate out from the cycle hub of near-by Wooler.

The hills and moors of the northern Northumberland National Park host fauna some of which have become less common in other parts of the country, such as roe deer, hares, otters, mountain bumble bees, butterflies and heather moth. Close to Yeavering Bell a herd of Neolithic goats must be one of the UK’s oldest, most elusive – and reportedly smelly – wild herds. Further south in the Park, red squirrels can still be seen.

Birds abound including red grouse, peregrine falcon, grey wagtails, ravens, tits, nuthatches. The emblem for Northumberland National Park is the curlew. High in the hills is surely best place to see them in the summer – and hear their distinctive trill followed by “keerloo”. The upland pastures, heather moorland and deep, wet peat mires of Northumberland National Park are an ideal habitat for the curlew, and here they have been nurtured even while declining in other moorland parts of the UK. In 1912, the natural historian George Bolam summed it up by quoting an acquaintance: “A moor without a curlew is like a night without a moon, and he who has not eyes for the one and an ear for the other is a mere body without a soul”.

The Park and surrounding area abounds with hill forts and settlements across a 10,000 year history. These range from prehistoric monuments and Roman remains to Pele towers, constructed as a defence against Border Reivers. The Iron Age Hill Fort of Yeavering Bell is one of the best preserved in the country. Many walks feature at least one en route, and some make a feature of it such as the Hillforts Trail.

This is one of the best places to stargaze in Europe. The Northumberland National Park forms part of the Northumberland Dark Sky Park, granted gold status by the International Dark Skies Association. This means it is a great spot to reveal the majesty of the planets or stare in awe at the Milky Way. If you are lucky, you might catch a meteor shower of “shooting stars” or even see the Northern Lights. The solitude of the night sky is shared only with the many local nocturnal animals such as barn owls, bats, badgers and hedgehogs.

Nothing can beat seeing it in person but in the meantime see the splendour of dark skies revealed in this Northumberland National Park video.

Majesty of the hills

The final word though must go to the hills: some of the beautiful scenery in the northern part of the Northumberland National Park around the Cheviot, Hen Hole, Dunmoor Hill, Hedgehope Hill, College Valley and more…