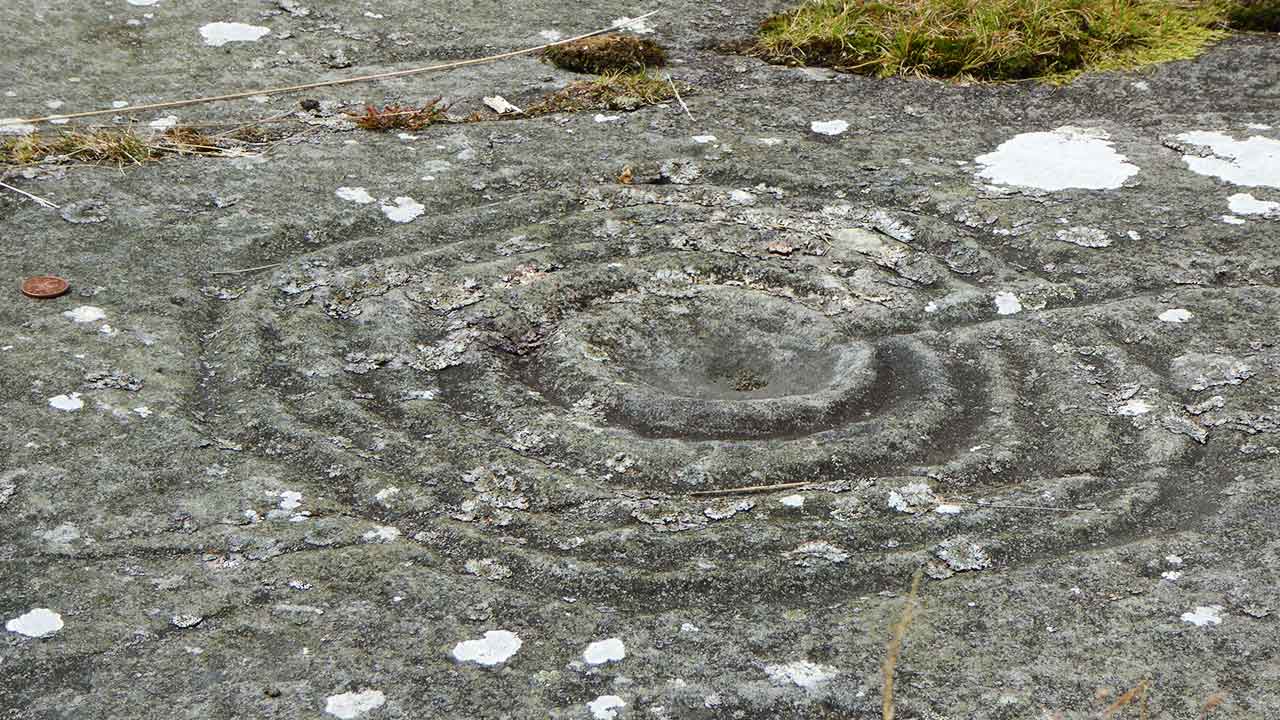 Posted at 18:18h in Walks by Reiver 0 Comments
0 Likes
Share

Not far from High Humbleton is one of the best sites in the UK for seeing Neolithic or early Bronze Age rock art. On Weetwood Moor you can find some of the most recognisable ancient cup and ring marked stones in the UK. At least 26 sandstone outcrops are said to be visible, but it’s certain that examples of rock art remain buried in and around the exposed outcrops.

Whilst on the moor, you can also visit a reinstated cairn, part of which was excavated in 1982. Thirty-eight carved cobbles were recovered from the mound; more than from any other excavated mound in Northumberland. A carved kerbed stone boulder marks the location of the cairn.

And when you’re not searching for ancient art at your feet, enjoy the glorious views towards the Cheviots and East over the Till Valley towards Lyham and Chatton Moors.

(Link to Bing Maps with image courtesy of Ordinance Survey)

A good circular walk can be taken by parking (considerately) on the verge on a small track that leaves the B6348 (between Chatton and Wooler) at a sharp left bend in the road. Walk up the track to the footpath gate on the right and follow the path for a short way before diverting to the right for the first two stones. For the plantation stone, you are best to return to the path and follow it until you are level with the start of the plantation on your right, finding a track across the small stream towards a wooden gate.” Cross Weetwood Moor and join St Cuthberts Way for a stretch before heading across a field and back to the Chatton Road.

Three pieces of rock art can be seen at the following locations. They are not easy to find, especially the gorse bush example (enter from the north east side of the gorse bush!) and be careful not to tread on or otherwise erode the precious rock surface, or damage the natural flora, fences or gates. 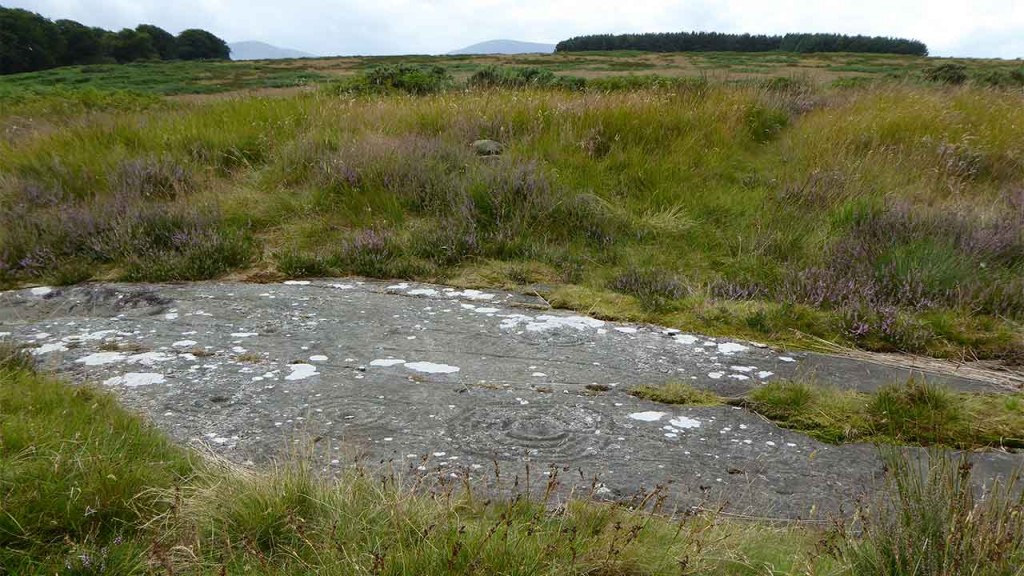 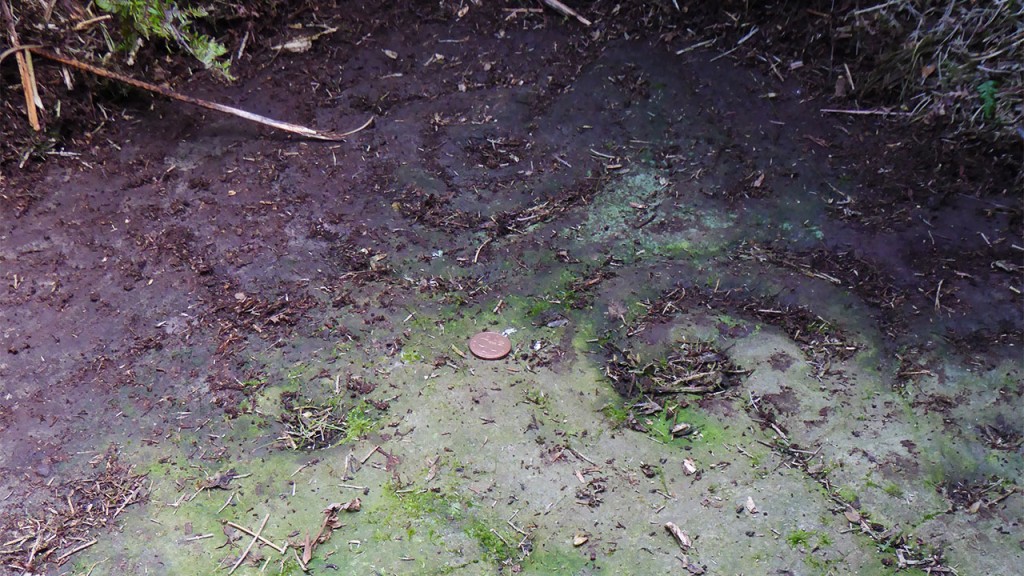 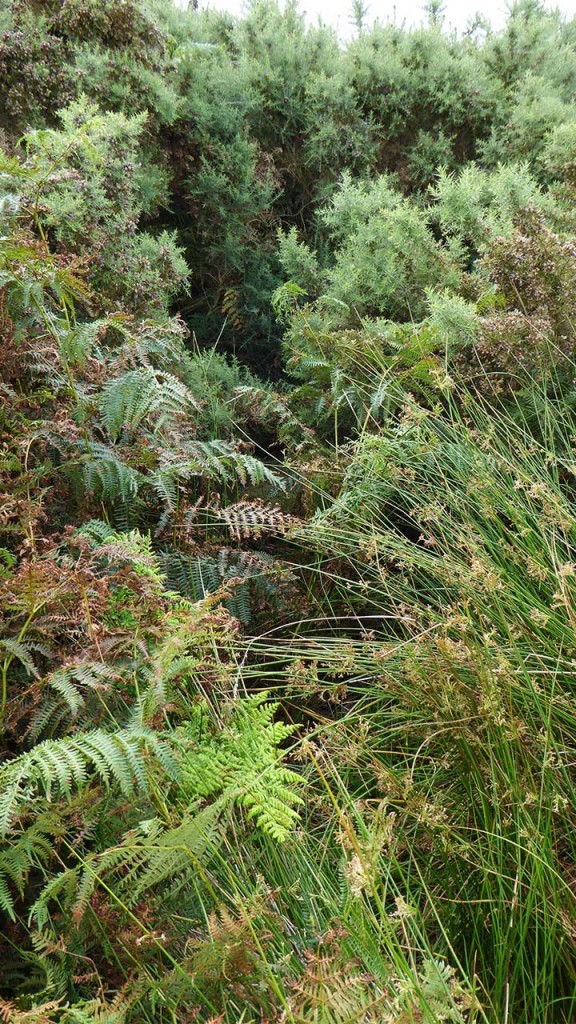 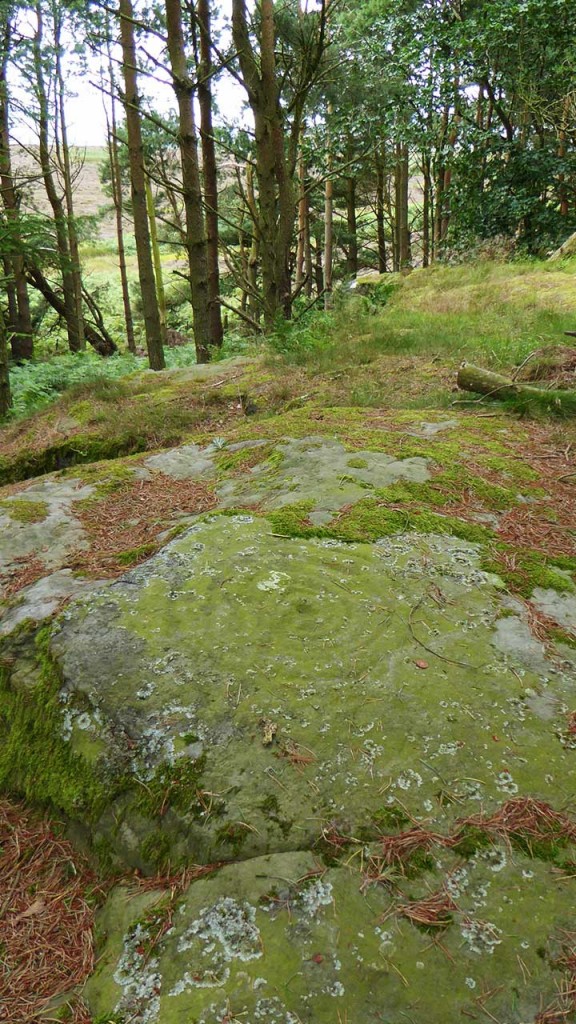 There are many theories as to the meaning or purpose of this rock art. Did they mark territories or form part of sacred or religious places? Whatever their purpose, their method of creation seems a little clearer as described by rock art authority Stan Beckensall in his book Prehistoric Rock Art in Northumberland:

“Where rock art has been recently uncovered or has resisted erosion particularly well, individual pick marks that produce cups and rings are visible, especially in low light. The size of the ‘picking’ or ‘pecking’ shows that a variety of tools was used, some with a fine nail-like point and others with a broad chisel, with other varieties in between. The basic requirement is that the pick should be made of a rock harder than the surface being decorated, such as whinstone or andesite. Although it is possible to use a sharp pointed piece of andesite held in the hand, it is more likely that a mallet was used to impact the tool against the rock.”

Fantastic information and downloads for your phone are available from Rock Art on Mobile Phonesincluding a Weetwood walk PDF with more details of the rock art described above.

Although you can’t beat visiting in person, you can also find a treasure trove of images at Newcastle University’s online Northumberland Rock Art archive.

Homildon Cottage is situated just the other side of Wooler, on the border of the Northumberland National Park. You can drive to the suggested starting point of this walk in 10 minutes, or walk following St Cuthbert’s Way through Wooler.